This series of new paintings forms the nucleus and takes the title of the upcoming exhibition in the Aaart Foundation over the next winter season 2016-17, and which will run until April 2017. The show will contain around 25 recent works. (www.aaartfoundation.com)

The works are figurative in varying degrees and were painted in oil, using a fairly restricted palette of black, white, raw umber and only one primary colour. I was attracted by the subtle variants of this combination which aided me in my desire to bridge classicism and modernity.

Whist working, mainly using a wet in wet direct oil technique, the colours seemed to unravel the subject in a mysterious way as they narrated a theme of gravitation and a deep seated yearning to defy it.

“Never Coming Down”, also marks a further step in the evolution of my work making a logical transit from the stark, monochrome ink of Solitude, Turbulences etc, to the bright, vibrant acrylics of the series “Freeze-Flowers” and “Facets”, some of which will also be seen the show. 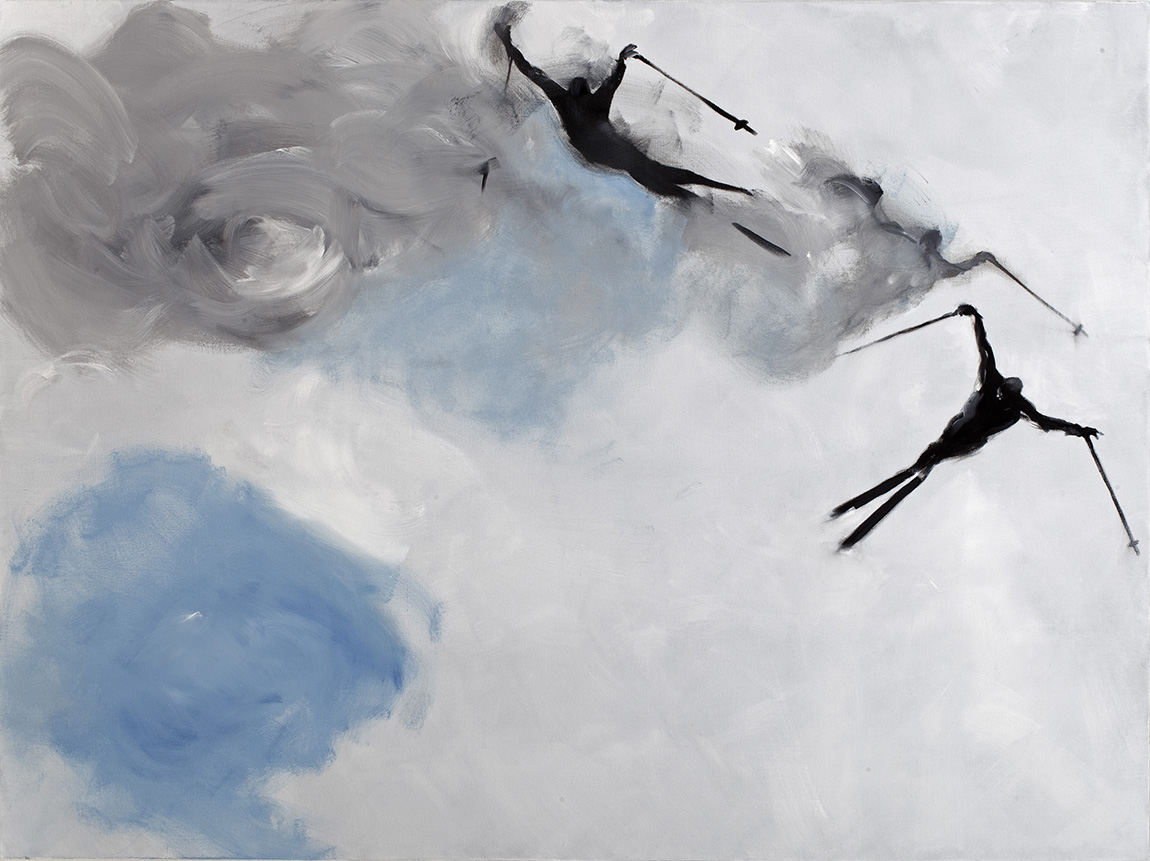 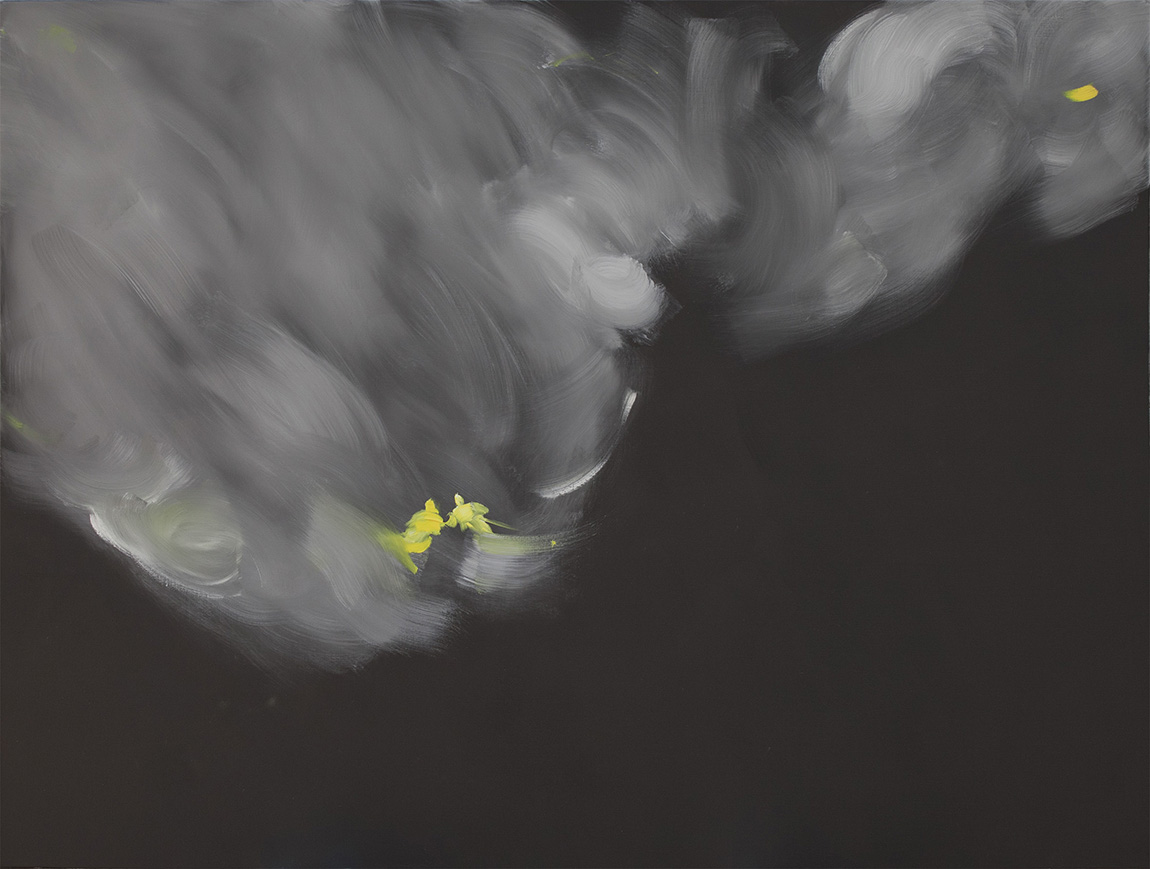 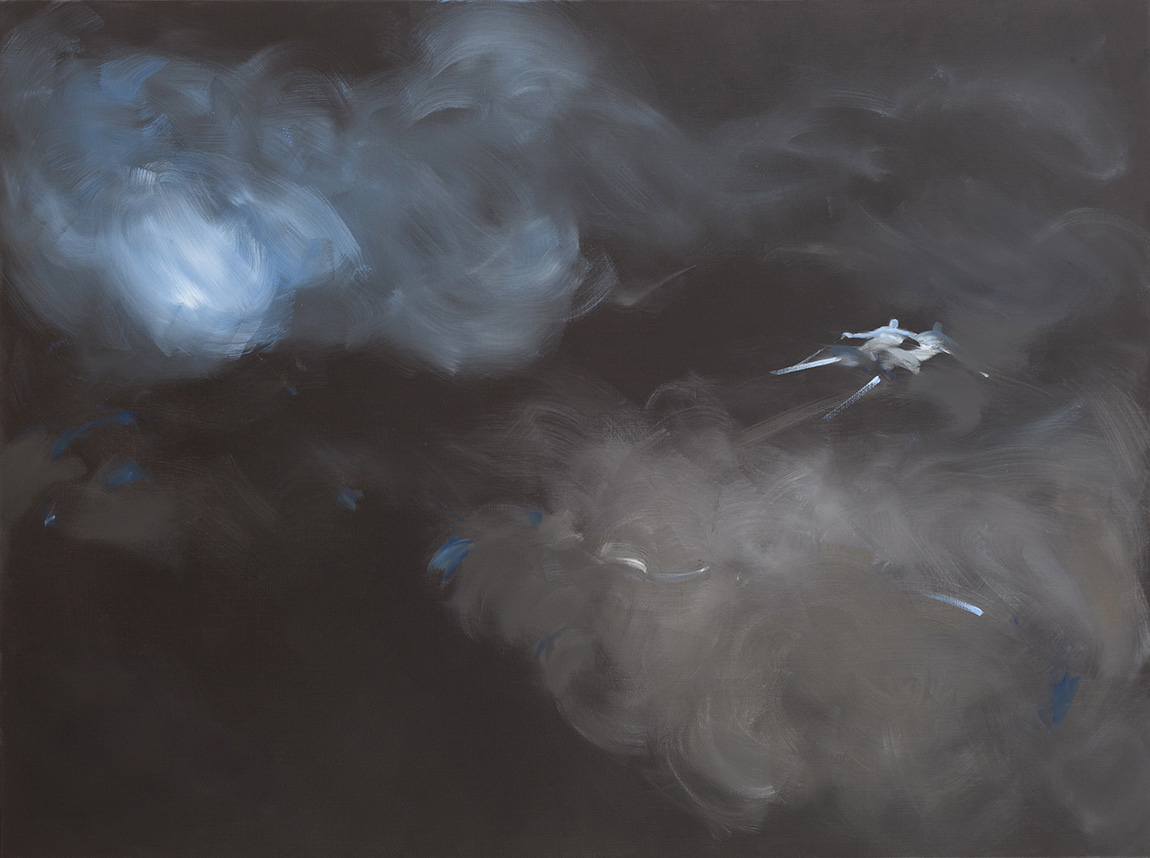 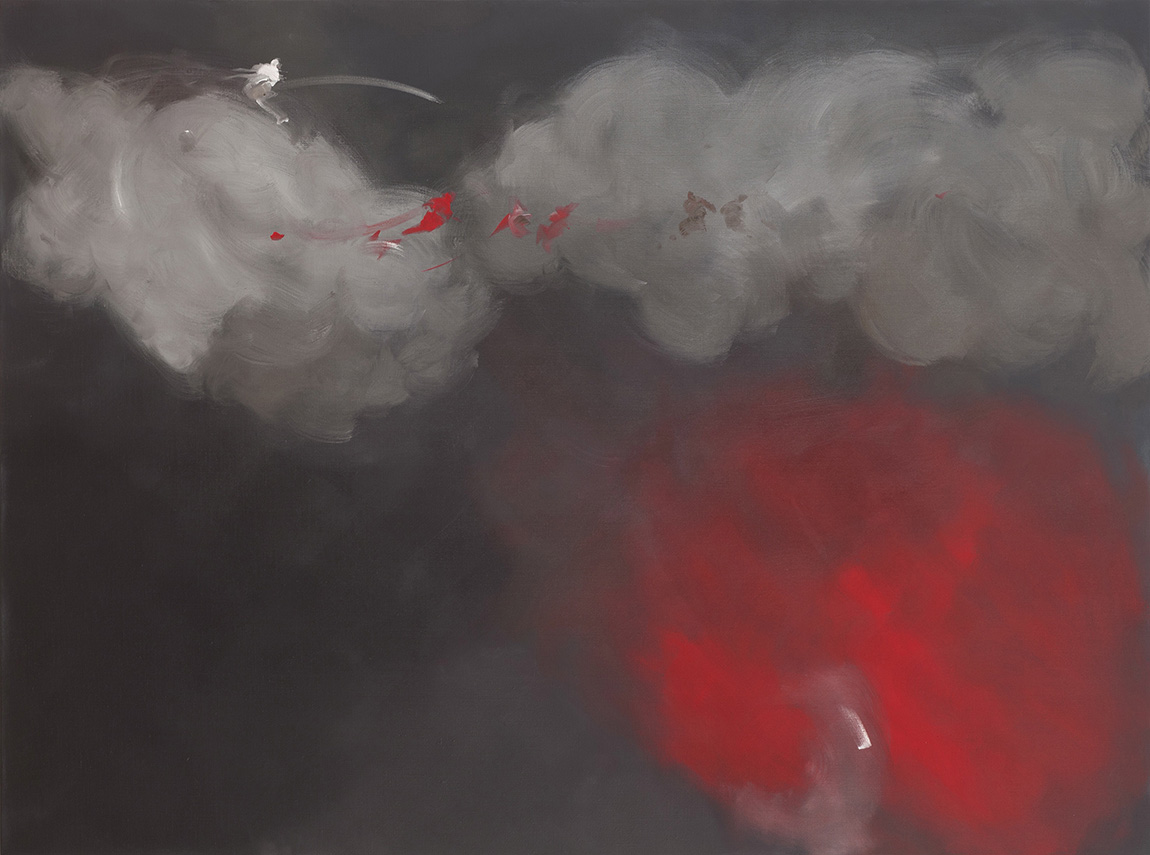